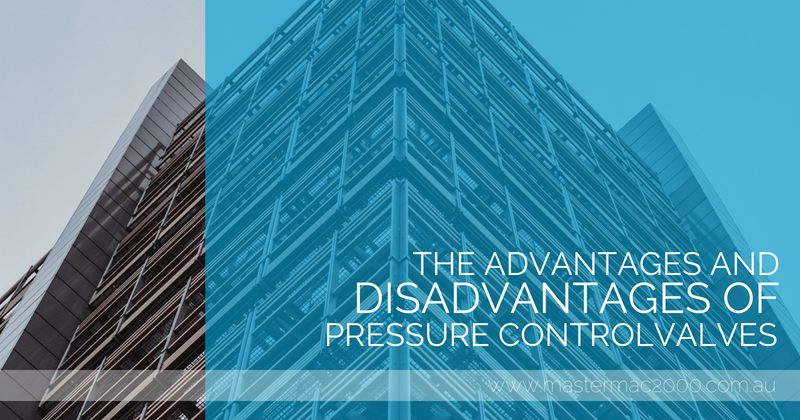 Found in every hydraulic system, a pressure control valve assists in different functions like keeping the system pressure below a desired upper limit safely or maintaining a part of a circuit in a set pressure. The use of the control valve is to control the flow of the fluid by changing its size or its course depending on the signal from the controller. It is in controlling the rate of flow directly and help regulate the level or flow of the liquid, pressure, and the temperature. It is also called, in automatic control terminology, as the final control element.

Simply think that it is used to control the temperature, pressure, flow, and liquid level by closing it or opening it partially based on the received signals by the controllers. A pressure control valve regulating the opening and closing of the control valve is the pneumatic, hydraulic, and electric actuators while the one controlling the opening and closing of these actuators are the positioners.

The process plant comprises a lot of loops for control to deliver products with quality. These control loops already have their set temperature, pressure, and flow for the maintenance of the required operating range. The sensors and transmitters measure the internal disturbances in each of the control loops. The controllers will then decide what should be done to correct the disturbances of the load based on the collected information.

A controlling element is implemented after the collected data have been analysed, measured, and compared. This is the time when the control valve becomes useful to reduce disturbances. Think about the principle around the flowing fluid manipulation such as chemical compounds, gas or water to ensure that the load disturbance is minimised and the process variable is regulated to the closest value of the setpoint desired.

Valves can either be classified as rotary or linear type based on the stem movement. It can also be based on the types of its offered services.

Flat barrier makes up the Gate valve and is adjusted to have an effect on the area of flow. It is best to control the pressure and high temperature for liquid flow variety. It even has an on-off application. The design is used for the valves that manage the automatic emergency shut off and valves that are hand-operated.

The advantage of the gate valve is having a good closing feature and can be used in either way in the circuit. The loss of pressure is also minimal since it provides a laminar flow. Laminar flow is also known as the streamline flow that occurs when the fluid flows in parallel layers without disruption between them.

The disadvantages of this valve include opening and closing not being prompt, a large space is required when assembling, starting, and maintaining it. It is also prone to leakage when operated at high temperatures due to periodical fluctuations. The pressure control valve also creates vibration.

The shape of the pressure control valves looked like a globe and used for throttling. The valves have a stem that could adjust itself in an up-down motion to change the plug’s position. It also has a short stem with large pressure drop, capable of high seating, and high flow controllability.

The advantages of the globe valve include having a feature for good throttling and closing feature. It is also faster than gate valves when it comes to opening and closing time. It can also work as a stop check valve.

The disadvantages include the need for a larger torque actuator to close under high pressure. When compared to the gate valve it has a higher loss of pressure.

Plug valve is made up of the cover, body, and plug that is used for the on-off services in the chemical industry, petrochemical, and refinery. It usually comes in a small size that requires less headroom. They provide a low-pressure drop, a tight shut-off, and a quick opening.

One good thing about it is having a simple and having just a few parts. It can also be repaired and maintained easily in the place of operation. It easily opens and closes and a leak-proof feature.

The disadvantage includes fast movement that creates high friction. This means requiring a large amount of force. It is also more expensive than the ball valves.

Advantages include having a very small dimension compared to gate valves with leak-proof services and a lightweight. It is reliable when it comes to providing services that are safe under high pressure and temperature.

The disadvantage of ball valves includes not being a solution for throttling permanently and can even cause abrasion and leakage. This is due to the collision of fluids that stick to the base.

This is used for fluids that are corrosive that is under low temperature and pressure conditions. Here the flow of resistance is varied by deforming a one surface using the force from the valve stem.

Advantages include keeping the parts that are working isolated from the process fluids. It is also easy to maintain and operate and can be used not only for opening and closing but also for throttling. It provides good resistance from chemicals and suits, radioactive fluids, and even chemicals, and other heavy chemicals.

The disadvantages include the operating temperature having limits based on the material of the diaphragm.

It is important to know about the advantages and disadvantages of the pressure control valve required for your industrial plants. The right kind of valves would bring lesser concerns or problems when you are using these valves.