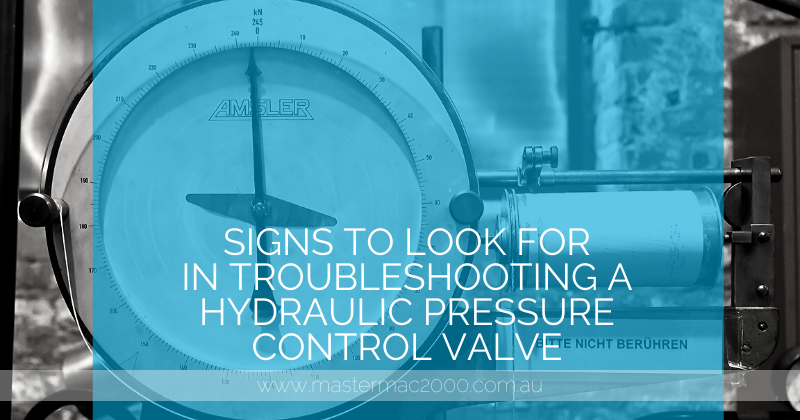 Two of the highly efficient power-producing machines invented in the history of engineering are the hydraulics and pneumatic systems. And most of the manufacturing and engineering industries, even with the most advanced technology in this century, still rely on the competence of hydraulics. A hydraulic system has several parts that allow the whole mechanism to operate smoothly. One of the major components of the unit is the pressure control valve. It helps regulate the amount of pressure released into the system. Having the same functions as other valves, the pressure control valve acts as the regulator when it comes to controlling the force that passes through the system.

A hydraulic system mainly runs through water resources. Water is physically described as an incompressible matter, and according to Pascal’s Law, any fluid placed in an enclosed container, when pressed, can create a sustainable force on the opposite side, which makes liquid the perfect element to operate the machine.

Pascal’s law assists the concept of hydraulics, wherein the mechanism is described as taking advantage of the incompressibility and the density of any liquid form to create a force. The said force is achieved through using a narrow container with liquid in it to produce a pressurised energy.

Pressure Relief Valve – is the part of the pressure control valve that serves as a device that limits the amount of pressure according to the settings of the machine and assists the flow of excess water from the pipes back to the tank.

Where to Get Reliable Hydraulic Spares

Master Mac 2000 is one of the leading providers of hydraulic parts and units in Australia. We offer durable spare parts like pressure control valve and more. Being in the industry for three decades, our goal is to produce credible and efficient tools for your business. Should you want to seek professional advice regarding the issues of your unit, visit our website at https://mastermac2000.com.au today.