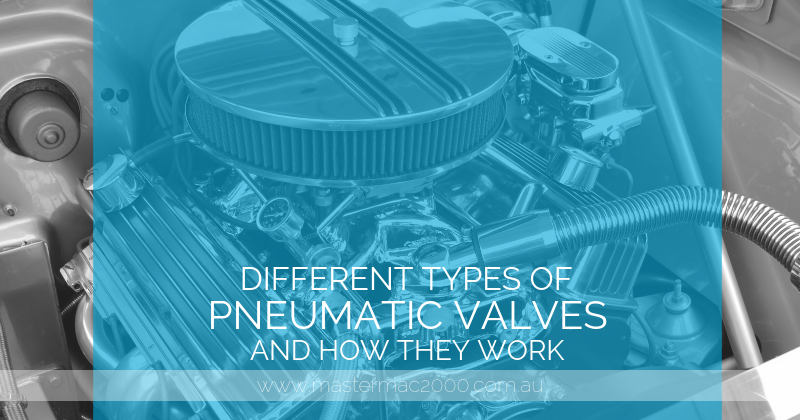 What houses multiple variants are functional directional control valves that control the direction of air flow or inhibit the flow. Here are different types of them that are classified based on the mechanism by which ports (entry and exit) are opened or closed, number of ports they possess, and the number of flow paths they create.

This classification refers to the approach in which air-flow direction is shifted. Let’s take a two-way directional valve as an example where the valve is either open or closed. For each port to figure an open or closed position, an actuator budges a valve spool into position. In order to release the valve spool and put the pneumatic valve back to its previous position, a spring frees the spool. This manner describes a spring offset valve.

This type passes air in two directions through two valve ports that can be opened or closed. If the ports are closed, no air can flow through the valve. On the other hand, if opened, air may move from the first port through the valve then through the second port, or in the opposite direction.

Having three ports, with each serving different purposes, three-way directional valves are frequently connected to actuators in cylinders, or in pairs connected to double-acting cylinders. How does it work? The first port connects the valve to an actuator or another device. The second port connects to an air-flow. The third port serves as an exhaust exit. So, when the second port is closed while the first and third ports are opened, the actuator vents exhaust.

Among the most common types of valves that are found in pneumatic systems, four-way directional valves have four ports that effectively reverse the motion of a basic or motor cylinder. Two of the ports connect to actuators, one serves as an exhaust pathway, and one connects to a pressurised air-flow. Sometimes, an additional port is added to the valve making it a five-ported valve used in providing dual pressure. This means that the valve can apply one of the two kinds of pressure in an alternate manner depending on the required application. Alternatively, this five-ported four-way valve can use its other port as the secondary exhaust port.