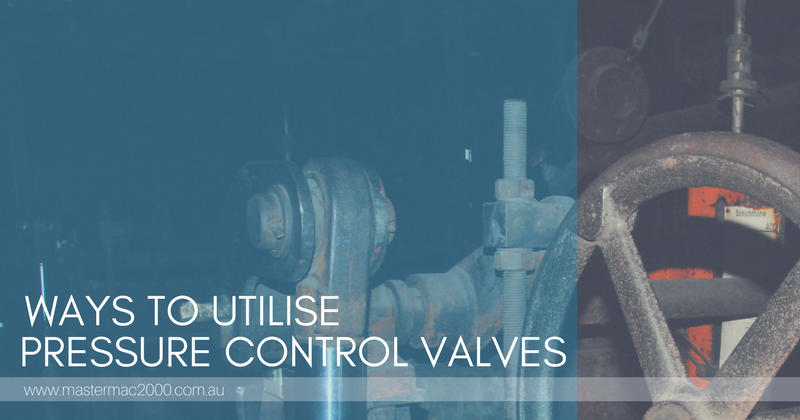 In what ways can one make use of a pressure control valve?

In every hydraulic system, pressure control valves can be found. They assist in different functions to keep the pressure below a desired upper limit and pressure maintenance. They reduce high mains pressure effectively that results in less delivery of water in taps. There is no chance of conflicting settings since the control for the expansion relief pressure is found in one spindle only.

Five types include unloading, sequence, counterbalance, relief, and reducing. The restriction is needed for most of these valves to produce the pressure control that is required. The unloading pressure control valve is an exception to this, externally piloted unloading valve’s actuation depends on an external signal.

One use is by diverting excess oil when the pressures get too high to safeguard the maximum limit pressure in a system. Relief valve avoids the hazard of damaging the fluid power components without limiting the forces that must be generated by the system to do the work required.

Another in the list is the pressure-reducing valves, the most practical component for maintaining secondary, lower pressure in a hydraulic system. These valves are normally 2-way valves that are open and close when subjected to downstream pressure. It could be direct-acting or pilot-operated.

Normally closed, sequence valves are 2-way. They control the different functions in a circuit resembling a direct-acting relief valve. The only difference is that their spring chambers are drained externally to a reservoir. This valves also permits the fluid that is pressurised to flow to a second function only after the first one has been satisfied.

The counterbalance valves are used mostly to counterbalance a weight or external force and keep it from free-falling. The primary port of this valve is linked to the end of a cylinder rod while its secondary port is connected to the directional control valve. Th set pressure is slightly higher to prevent the free-falling of the load.

The over-centre valves are like counterbalance valves. Their purpose is to maintain the pressure set to keep the load from free-falling but with the use of a pilot signal from the inlet of the actuator as assistance in opening the spool. This reduces the required horsepower and the generated heat within the system and makes the valve more efficient.

A pressure control valve is important in hydraulics to regulate the pressure in a system and avoid potential hazard when there is a failure in controlling the system.