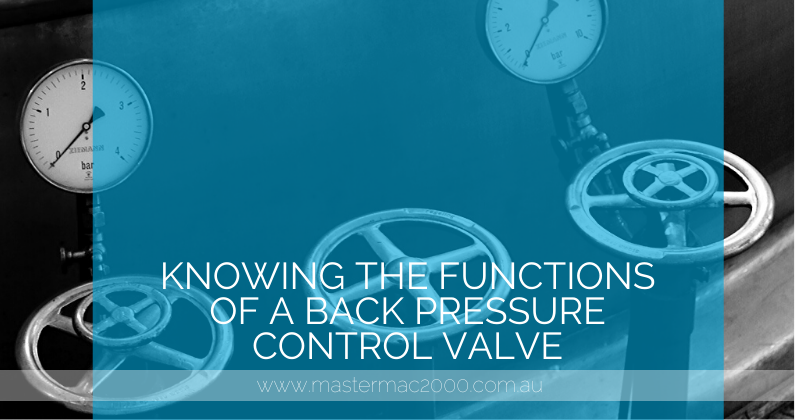 A back pressure control valve is a type of valve that holds the pressure for production vessels (separators, treaters, and free water knockouts). The primary function of this valve is to release upstream pressure when it reaches a designated set point. This type of control valve is best for oil hydraulics.

This valve is perfect because pressure is common in the hydraulics industry. Whether a vessel is full or empty, it has pressure on it because it does not require directional input. Similar to a hammer on a nail, it only needs to route within a specific operation or direction for reliable transmission and vessel control.

So how does this valve work?

What is the Main Purpose of Back Pressure Control Valves?

A back pressure valve is generally used to control the pressure of any fluid, whether it is in a gas form, liquid form, or a mixture of both in a pumping system.

The valve also monitors the upstream pressure that forms into the piping system. Upstream pressure means that the direction of the pressure runs toward the source but also against the current.

The flow of the fluid pressure then pushes up on the plunger as gas is pushing down on the diaphragm. Since the diaphragm has a larger surface area than the plunger, the same pressure can hold the valve in a closed position. The gas then sets constant back pressure and passes through the diaphragm and the plunger. Only then the valve will begin regulating or controlling the pressure.

In simpler terms, pressure control valves contain a mechanism that opens the valve above a set pressure threshold — keeping the pressure at the vent remaining mainly constant. At the same time, the flow increases dramatically after the valve opens.

That is how a back pressure control valve works in a hydraulic or piping system. If you are in search of valves with excellent quality, Mastermac 2000 is your partner in getting the best parts for industries that need them. Contact us now.